Like many, I was really enthousiast when the Leap motion was unveiled some years ago. At last, a company that emphasized on gesture recognition’s main problems : Speed and precision. Like most, I have been disappointed. Still not fast enough, still not precise enough. There is still not much to do in the land of gesture control. Or is there?

Why is Leap Motion so bad?

Don’t get me wrong, the leap motion SDK is great and is a big deal in why it got some initial traction. I’m not pretending I would have made a better job or anything. However, let’s face it :

differencing a blob from a finger is hard as hell

To demonstrate it, let’s imagine this common use case :

I have a leap motion demo, running idle on my monitor. Suddenly, I want to show a customer how it works. "Hey, look at how well it recognises movements" * swipes in front of the box*. Aaaand… Nothing. It takes a few frames for the leap motion to detect what just appeared as a finger. Then a few more frames to get a correct velocity approximation. A swipe of the hand is only half a second long, tops!

So I need my hand to stay stable for half a second, be sure the leap motion detect it, don’t move too fast or too far away or withh too strange positions or it will need to re-detect my hand.

Why do I need fingers?

I just need a gesture! Movement! “User ask me to go right” type of thing. Let’s say I don’t care if it’s a figner, or anything reflecting IR light.

If something moves right above my sensor, it’s probably meaningful.

The Leap SDK won’t help you here. It knows 2 things :

No “Unidentified light blob” here. That’s a shame, because I imagine they have such a map at some point in their internal filtering, and it’s probably way better than mine.

So let’s get raw data from the Leap.

Here we discover that my monitor is quite IR-reflective

The first thing we’ll do is rule out all unnecessary data. Computations on pixel maps can be quite heavy and it’s a good idea to reduce the dataset early. I just needed to see movement on the X axis so the first step was to linearize the image.

Due to the large viewing angle, the leap lenses make a fisheye effect on images. We first need to rectify them.

It’s either possible to create a shader for it or a function to rectify the full image. The later is fully explained in the doc.

Now that my image is rectified, I’ll just linearize it :

That’s a 640 bytes array containing all the info we’ll need.

The raw image, and the result of linearisation at the bottom

You can visualize this greyscale data, it’s already great and precise. There’s another great thing we can get out of the leap : Stereovision. You heard Stereo was hard? How about stereo vision computing on a greyscale 1d array? Let’s try.

Just extract data from controller.images()[1] the same way we just did.

We’ll make a multiplication of our values, offsetted by a STEREO factor. This will naturally filter out dots that are not on our target height. The higher the STEREO diff, the lower the points.

This is NOT fool-proof. Imagine you set a diff of 60 and got 2 fingers distant of 60px: It will be well correlated and maybe not at the target height. However like I said, we’re looking for movement, not spacial interpolation precision. 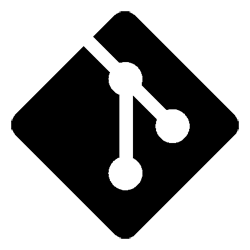